by Vernon Maddux, author of In Dull Knife's Wake

Native Americans, who occupied the land long before white settlement, were the first to try and understand violent weather patterns that were capable of causing destruction of their villages and the death of their people. According to Wilbur Sturtevant Nye, Indians believed that the cataclysmic whirlwind had a demoniac origin. An old Kiowa once told him of a day when a great black cloud rushed toward him. In it’s midst, a hundred feet or more above the earth, was a group of struggling black objects. Suddenly the whirlwind veered and roared past him. In the cloud the Indian saw that the tumbling objects were buffalo.

The Arapahoe and the Cheyenne told the first settlers of Woodward, Oklahoma in 1893 that tornadoes would not track along the river. A false sense of security prevailed among settlers--for the following 54 years, they often repeated the story boasting that the safety of the river is why their town cuddled up to the North Canadian. They were wrong.

Storms are a usual thing in Northwest Oklahoma around Woodward, especially in the spring. Families who have lived there for a generation or two all have tornado stories. In my own family, great Aunt Harriett, who lived in the Haskew community, about 20 miles northeast of Woodward, twice lost her house to tornadoes. I listened to these family tales understanding no one felt safe. For a young boy growing up, it was a delicious fear. Each evening the wonderland of thunder and lightning brought drama and excitement to the countryside.

The year before Harriet and her first husband, Marion Hawkins, arrived in Haskew from Branson, Missouri, a Waynoka newspaperman only a few miles from her future homestead spotted at tornado near the Cimarron and snapped it’s picture. This became the first photograph of a tornado ever to be published in a newspaper. The photo appeared in the Alva Pioneer on May 17, 1898. Old settlers who saw the photo remember that twisters were not kind to the first settlers, the Oklahoma “Boomers” –those who violated Federal law and tried to homestead what was still Indian land.

On March 31, 1892 a group of settlers, some openly calling themselves Boomers camped together outside Kiowa, Barber County, Kansas. They had moved to the state line to participate in a land run into the northern part of the former Indian Territory. The date of the run was still months away. Many were disciples of David L. Payne, the original “Boomer “who died of a heart attack only eight years earlier. Perhaps they thought they could sneak into the Territory when the army was not looking. At 8:30 p.m. that evening a powerful storm struck the southeast edge of town destroying the railroad depot and tearing apart five homes. Even worse was the effect on the would-be Boomers. Striking what was in effect a large 19th century trailer park, the tornado’s powerful gusts picked up and tossed the covered wagons across the prairie. Dozens rolled end over end. Many families lost all their possessions making their life, which was already difficult, even more miserable.

By 1908, settlers understood violent spring storms, but there was little they could do about them—you either lived with them, or you chose to leave what would be come known as tornado alley. The first tornado to strike Aunt Harriett’s house was on May 10, 1908. The twister swept across Woodward County and struck homes near Boiling Springs and continued up into the Haskew area where my Aunt lived. The next was May 22, 1923 when a very powerful tornado touched down five miles near Salt Springs on Buffalo Creek, sideswiping Aunt Harriett’s homestead before the tornado moved up across the Cimarron River. Witnesses claimed it looked like a “gigantic barrel hanging in the air.” It destroyed the new employee housing at the Cimarron River Bend Salt Mine near Edith, Woods County and four farmhouses further along its route. A baby in one of the farmhouses was killed and later a stranger’s body was found on Coldwater Road, thought to have died in the storm. The destructive storms, the resulting loss and depression, and the loss of her husband in 1928 , proved too much for Harriett. In 1933, she quit Oklahoma, moved to the state of Washington and never returned.

The worst storm in Northwest Oklahoma history was April 9, 1947. This powerful storm, which became known as the “Woodward Tornado,” originated from warm air rising over the wide, almost flat western counties of the Texas Panhandle, an area known as Llano Estacado. The Spanish explorer Coronado named this vast area three centuries earlier. The Texans translate the name as “Staked Plain” although the meaning of “Staked” is in doubt. In the late winter and early spring, weather systems develop off the mountains of southern New Mexico and sweep out on the wide flat plains south of Amarillo. Quite often suitable conditions enlarge the system into a gigantic anvil-headed storm. In and around the Great Plains, the people of “tornado alley’ have grown used to watching for the twisters to appear.

The Woodward Tornado rose swiftly in Texas and grew into a roaring, up-sucking, great heat engine, whose many tendrils pulled large gulps of warm air off the ground and pumped them vertically into dense clouds above. Updrafts quickly grew so powerful that they created whirling funnels of tightly spinning air, which snaked around visible tendrils touching the ground. Parts of this monster would remain in contact with the ground for almost five hours. It would move very fast, at nearly 43 miles an hour and destroy structures in three states.

Recently, weather scientists believe there may have been as many as five different tornados involved in the Monster storm and is recognized as being one of the greatest F5 tornado storms of all time. The monster’s family of funnels destroyed property and life almost continuously from its birth point across half of the Texas Panhandle through northwest Oklahoma and into Kansas. One struck in southwest part of Roger Mills County, 50 miles south of Woodward. A twister injured a couple and took the roof off a rural school and store near Grimes then injured another farm couple and destroyed their house and barn near Carpenter. A tornado hit 17 miles east of Woodward, hitting Quinlan around midnight that night.

Tornados continued throughout the spring of 1947, striking without notice and leaving a path of destruction. A month and a half later after the Woodward Tornado, a powerful storm struck Leedey, another town in Roger Mills County, killing seven people and injuring 15. This one was powerful and very slow moving. It completely wiped clean the entire north half of the town. When comparing their tornado to the Woodward Monster, the Leedey residents claimed at least the Woodward tornado left some wreckage in its wake. No structure survived the Leedey Tornado that left only bare, clean foundations, bare and even the pavement in town was wind-pitted.

My own very first childhood memory is of a powerful, if unseen tornado. It struck our farm at Curtis about a month after the Woodward twister destroyed the county seat. This was a much smaller funnel than the Monster and it hit our farm Saturday night while we were in Mooreland at the movie theater. Our farm was only about 50 yards from the Santa Fe railroad main line, 14 miles east of Woodward. I was three years old and can still vividly remember coming out of the movie theater and looking up, marveling at the incredibly vicious sky. Wafts of white-brushed clouds swirled and tumbled, and some spun tightly within a maelstrom of a hundred brilliant lighting and stunning thunderbolts. I was not scared, but these storm clouds were so close I thought that my parents could reach up and touch them. Home was four miles away and when we pulled in our drive, we saw an infernal scene. Broken tree branches lay across the driveway; torn trees were silhouetted against the continually lightning sky. Bright flashes of light illuminated large bits of wreckage scattered around and across the yard in front of the house. Fortunately, the tornado that hit our place was very tightly wrapped. It spared our house even though it missed it by only fifty feet. Unfortunately, it entirely destroyed our barn, its pieces the broken chunks that littered the area. Even today, its broken concrete foundation still marks its location. The twister’s path was unmistakable. Two trees bracketing the driveway into the barn stood about a hundred feet apart. They were still there, but their inner branches were cleanly sheared away, leaving two half-trees. As I followed my mother into our house, I heard screaming coming from the porch. It was our new puppy dog, little Pat, named for Pat Brawner. He was so afraid, crying in stark terror. Only a few weeks old, we had left him in the screened-in porch. He quieted down when we held him. The little dog later became my childhood friend and protector.

The next morning, Sunday, April 13, 1947 my father R. D. “Bub” Maddux, my brother and I got in our pickup and drove a half-mile north following the track of the twister. We discovered that the same twister had utterly destroyed the house of our neighbor, Vern and Corinne Hensley. Their family of five boys barely escaped, flying out the back door into their storm cellar just ahead of the horrific, swirling wind that lifted up the house off its foundation and tore it to pieces. The roof flew off and the walls fell out. All that was left was the smooth concrete floor and foundation. Fortunately, all of the Hensleys survived without a scratch. As I recall, both my father and brother worked the rest of the day trying to help them recover their property. My father also spent a week in Woodward, recovering bodies while my mother and sister worked for the Red Cross. My youngest sister’s future husband, Aubery Ridenour, was a senior that year at Tangier high school. He also spent that week pulling bodies from the wreckage. My middle sister Madelene and her husband Floyd Redd were living in Woodward when the Monster struck. They survived by the happy accident of living on the east side of town. Floyd was the manager of the Safeway store, which was severely damaged. Their apartment sat only yards from the main funnel’s path. There seemed to be tornadoes everywhere that month. For those who lived through it, even more than the Great Depression or Pearl Harbor or even President Kennedy’s assassination, the tornado that crushed Woodward on Wednesday, April 9, 1947 was the most memorable event of their lives.
Posted by sue schrems, Ph.D. at 2:29 PM 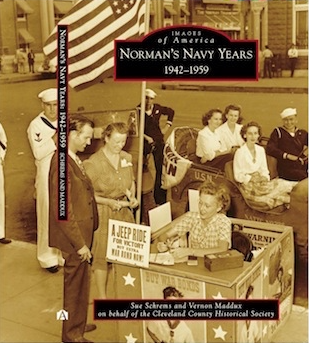 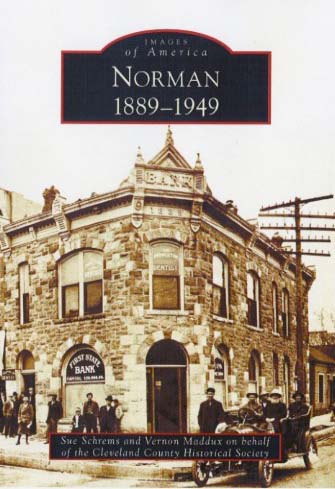 Who's Ricking the Cradle? By Suzanne H. Schrems, PhD.